In this third part we will see how to create a capture matching multiple interfaces and how to follow a flow along a path.

To keep the demonstration simple we are just going to use a tiny shell script that will create two network namespaces interconnected through a bridges thanks to veth interfaces.

Once executed, Skydive should have detected the two namespaces with all the links and should look like this.

Journey of a packet

We can now check if we see ICMPv4 packets just by clicking on one captured interface in order to get the flows on the right panel. In order to see where ICMPv4 packets have been see we can place the mouse over the flow, the interfaces involved in the packet forwarding will be highlighted. 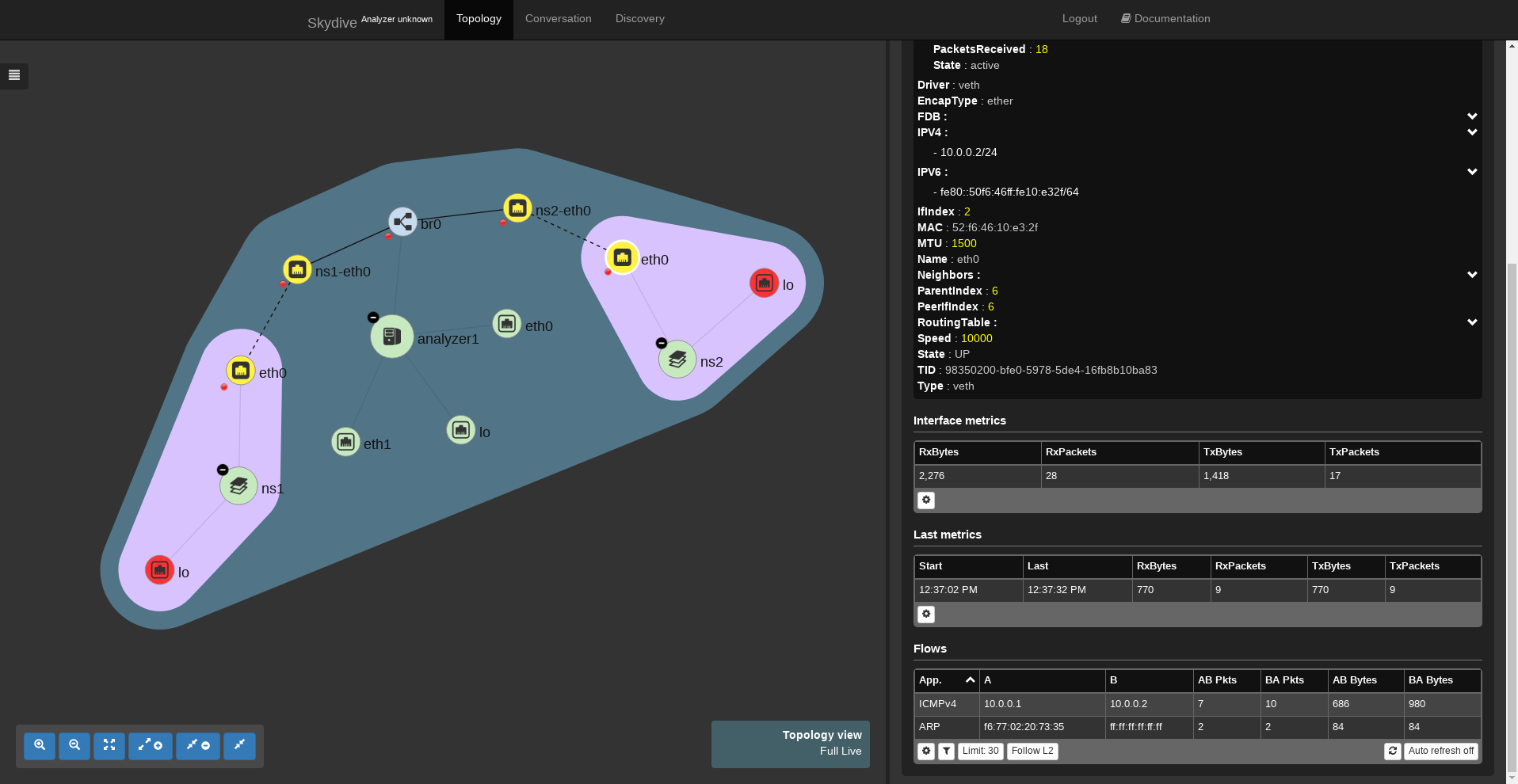