Skydive displays the network topology by receiving the network events from the skydive agents. You ever wondered how to add or display in topology diagram, a network components which is out of the skydives’ agent network or a non network entities like TOR, data store and etc. No more worries on that, thanks to the skydive ‘Topology Rules’ API.

Before that, we will see some basic usage of Topology rules API.

To create node, You must provide a unique node name and a valid node type. You can provide some optional params as well.

We just need to create a Node rule to add the device in the topology. We can add the metadata of the device as part of the create command or can create one or more update node rule command later.

Run the below Node rule command to add the storage device in the topology diagram.

After the above commands now you can see the device visible in the skydive topology diagram with the given metadata as shown in the below image. 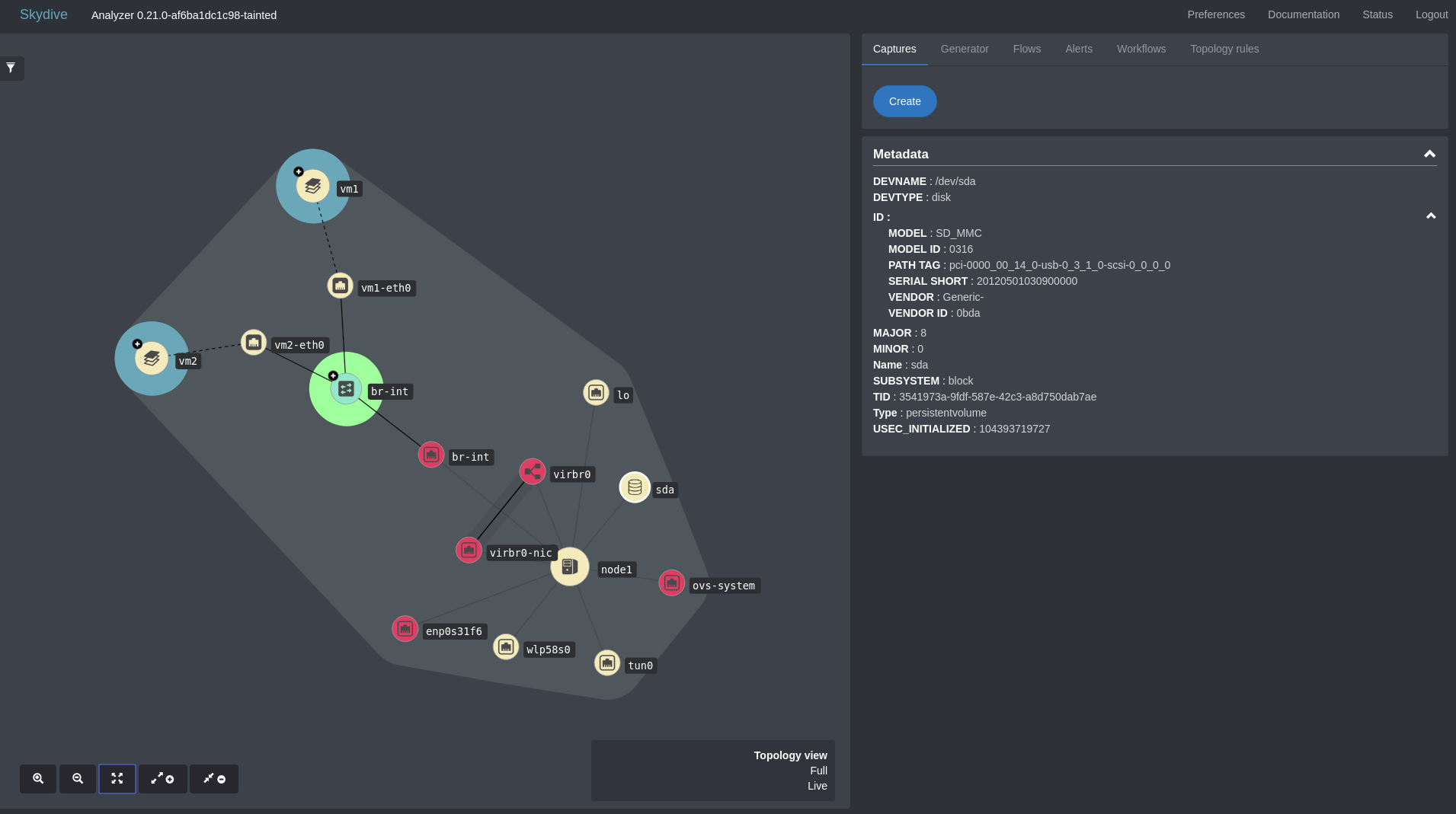 In this use case, we will see how to add a network device which is not part of the skydive network. Let’s consider this example, we have two skydive agents running in two different hosts, to connect those two hosts we need a TOR switch. Even Though we can achieve this via defining a fabric nodes and links in config file, let’s see how we can do the same using Topology rules API.

Without TOR switch, two agents will look like two different node without any links as shown in the below image.

Now run the below Node Rule commands to create a TOR switch and Ports.

You can see, the TOR switch and ports are created and added to the skydive topology and now the topology will look like as shown in the below image. 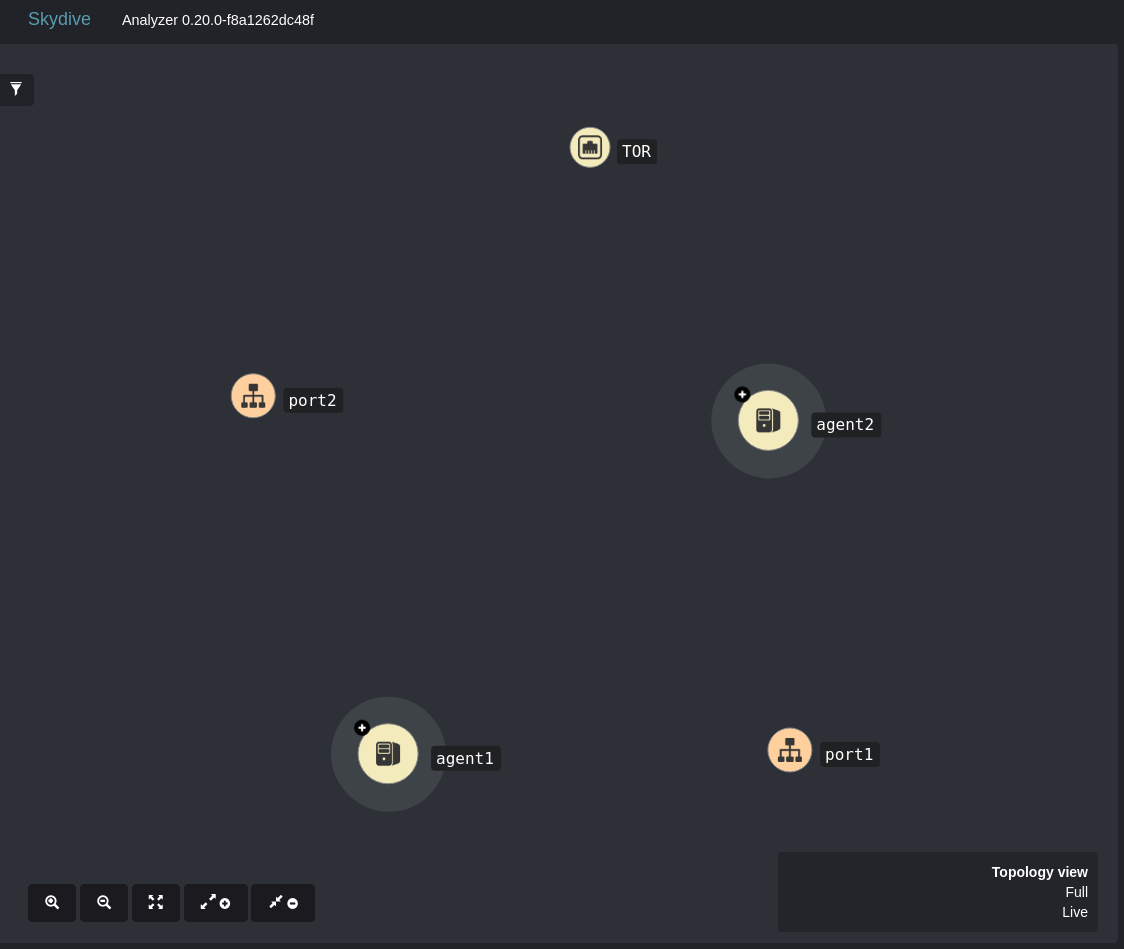 Now run the below Edge Rule commands to create a links between the TOR switch, port1 and the public interface of the host1.

Run the below commands to create a links between the TOR switch, port2 and the public interface of the host2

Now the two hosts/agents linked properly and you can check the connectivity or create a shortest path capture between the two hosts.